To be honest, I didn’t really pay attention when Jenny Hellström was a popular designer, I probably should have though. Her philosophy on sewing, redesign and ecology is close to my own, not to mention that her designs and sewing patterns are pretty awesome. I loved her first book Sy! Från hood till skjortklänning but unfortunately only got around to making a few things from that, like this and this. When I saw that she had released a new book (Sy! Urban Collection) I quickly ordered it and waited patiently. After my first look through the book, my feeling was “I want to make everything!” and I was really inspired. Unfortunately I don’t think the books have been translated to english yet which is a real shame. If anyone knows differently I would love to know!

This is called the Kitty Jacket and one of the versions in the book was made in denim and I just thought it was such a cool version of a jean jacket. I was delighted when I realised I had just enough of some vintage denim that I scored on major sale in Denmark. The jacket is fully lined which I forgot to photograph but you can see it here in my sneak peak from a while back. This pattern has a lot of pieces to cut out, I think I counted 19 pieces so it took a while before I could start sewing.  This was pretty fun to sew, and I like to sew in denim.

Excuse the wrinkles and my bad posture. 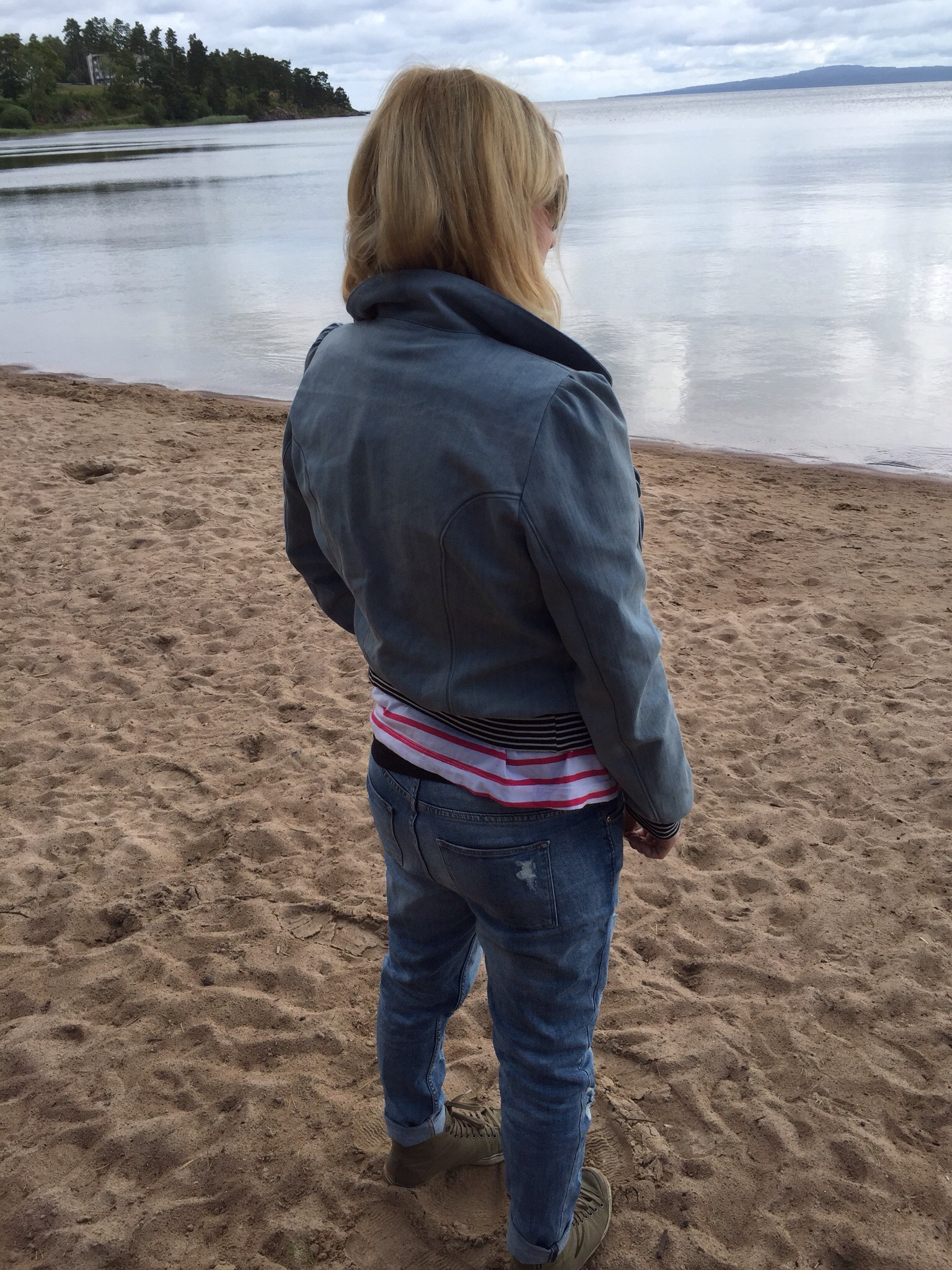 Inspired by the version in the book, I decided on doing a different approach to the topstitching as you can see from the picture below. I did two rows of top stitching close together. Before you think that the lines are wonky, this was a style choice. I know that a lot of sewers (especially me) say that after they’ve made a mistake but in this case it’s actually true, haha. 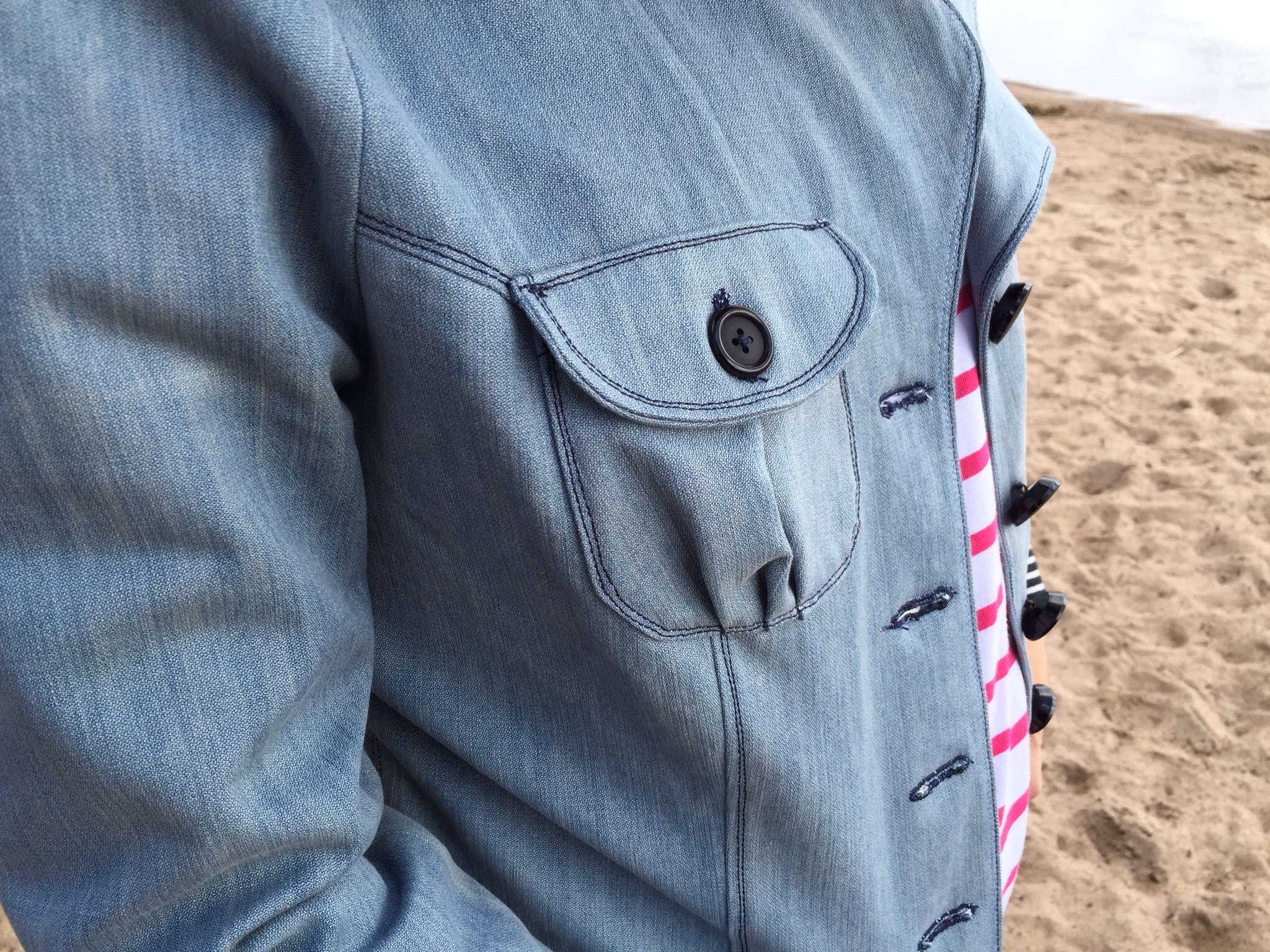 I made the bottom of the jacket different from the pattern. My version is squared with an elastized hem band while the version in the book is curved and quite short. You can see the book version at the bottom of this page (and read the interview with Jenny Hellström to get to know her a bit), unfortunately you can’t really see the bottom there though but you can see it starts to curve. When you see the book version you might notice that the collar on mine is different. This is the other kind of style choice I mentioned above :). Somehow my collar was too short to connect to the lapels or maybe I didn’t follow the instructions closely enough. This only bothers me a little though… *trying to look away*

I made a rather more annoying mistake that bothers me alot. The lining is not altered enough in relation to the change I did with the elastic hem so the lining pulls and is a bit too tight when I button it. So I’ve kept it open for now, maybe I’ll get to fixing it someday.

I made this top too, it’s a Hemlock long sleeve tee, another great tee pattern. I ran out of the striped fabric so I added a pink yoke. After the first wash I realized that the pink fabric had been put in my stash without pre-washing. Pink spots all over, grrr…

The lake was like a mirror the day we took these pictures.  Have you ever made an alternative kind of jean jacket? Have you ever been alone on a beach at 10 am and just wanted to dance? 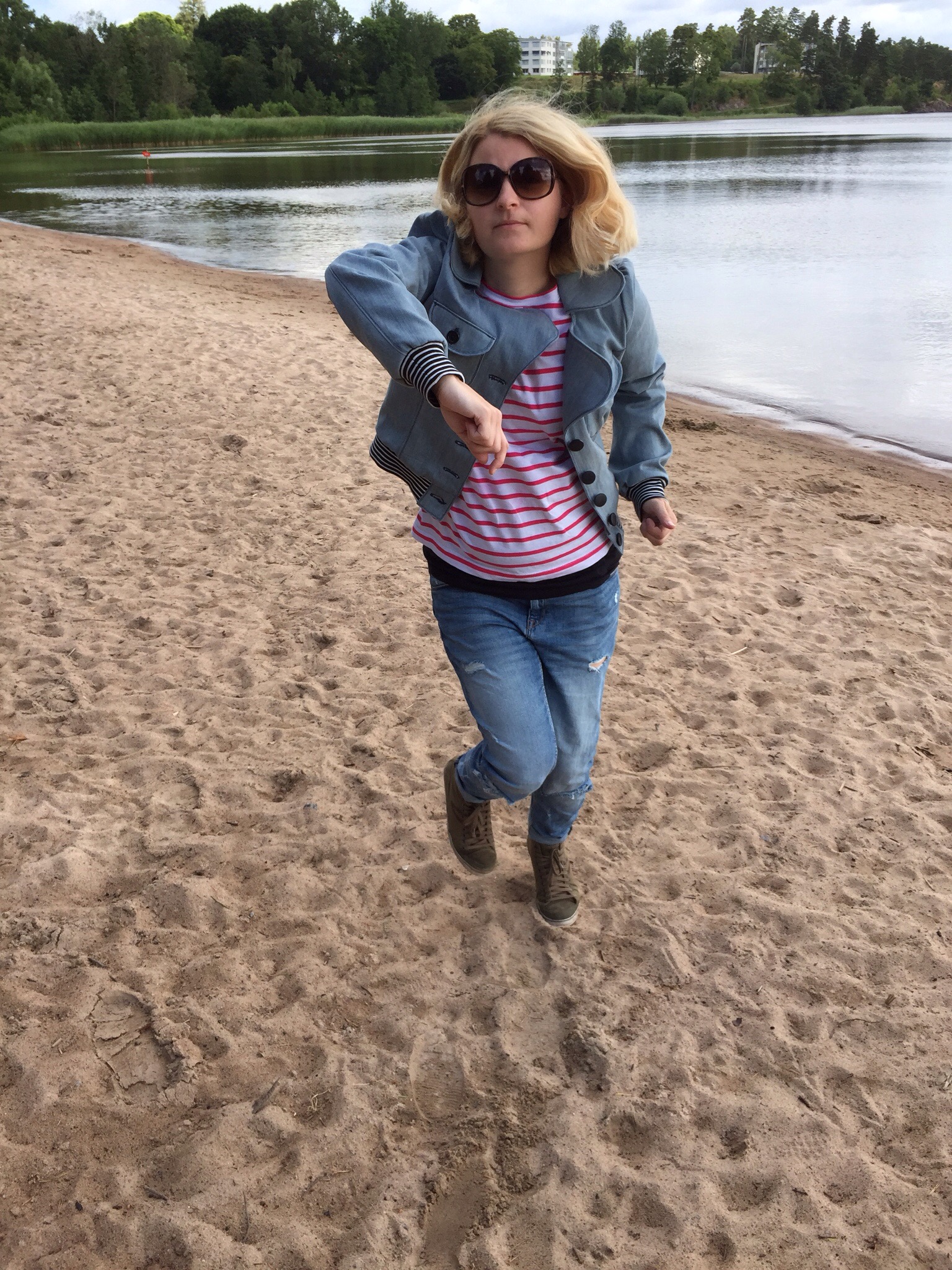 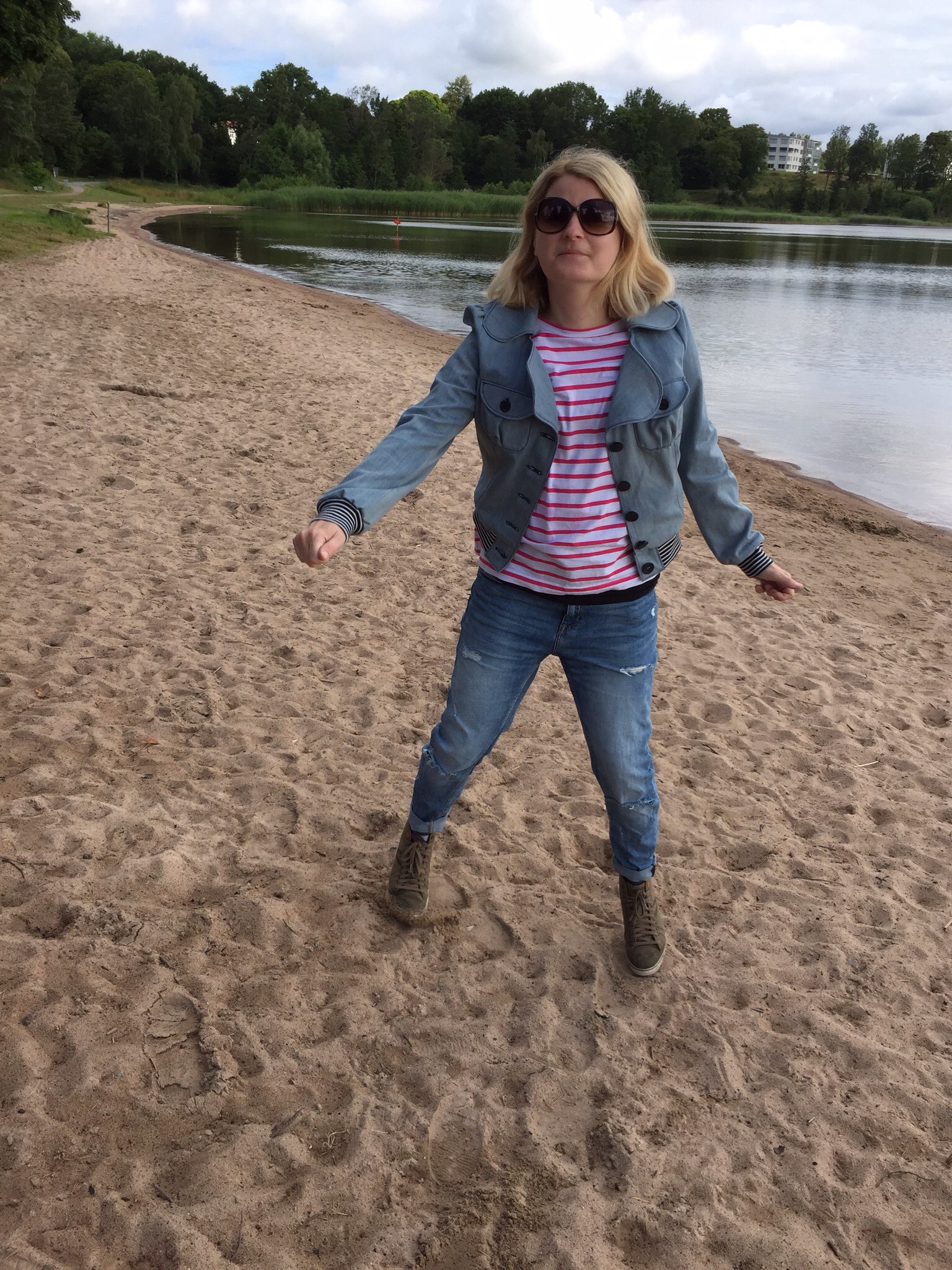 Oh, It’s just me? Hope you are enjoying your summer!

I love to be creative, especially to sew, finding new patterns and fabrics is always rewarding and fun. I've grown up with the craft, my mother is a quilt-shop owner and her love for sewing has rubbed off on me. 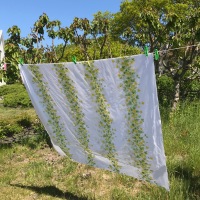 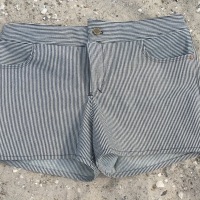 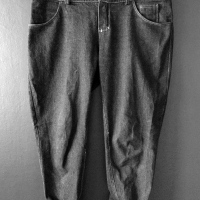