Sometimes I have a “sewing rut” where I question my creativity and ability to sew nice things. And somethings I make I never end up using for some reason or another. When these times come around it’s nice to look at the things you’re actually pleased with and that you actually use. So I thought I would share with you some of these things and maybe share some more if I’m in a rut again.

My iPad case. A bigger version of my iPhone wallet where I added a thick elastic to hold it in place. Instead of using a microfiber lining I used a thin patting in between two fabrics. I use a Smart Cover too when I travel for extra protection.

I made these last winter and wear them almost everyday. Soo comfy. The pattern is from this magazine (below) and were a bit confusing at first but they turned out great.

I love hoodies and I’ve made all of these from the same pattern I bought five years ago at a craft fair. I’ve altered it a bit every time. I love to use a contrasting fabric for the hood lining and I’ve even used an old printed T-shirt for the lining in the pink one.

If you’re giving away a gift card, something small or a card and money it’s nice to make a gift box to go with it. By picking paper that either goes with the gift or that represents the person who is getting it you can really make it personal. I recently gave my friend a gift card to a traveling agency and I used this and this paper for the box. This weekend I gave a friend a gift certificate for a sewing day together and this was the box I made her. 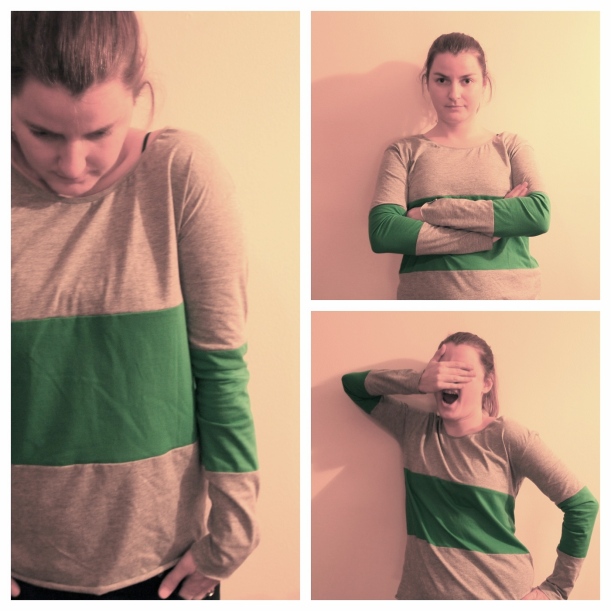 So, it’s been a long time since I posted last time. It isn’t because I haven’t been sewing. I’ve actually been sewing 2-3 times a week, it’s quite nice to get some creativity in after a long day sitting by a computer. The problem has been that I haven’t really succeeded in my projects or they haven’t been creative enough to make it onto my blog. It’s hard to take pictures now too when it’s pitch black when I leave work. Oh well, the picture quality will have to be what it is for a while. No more excuses, let’s get to it!

So, I’ve been really inspired by Cotton & Curls, it has wonderful DIY’s and Liz seems to be able to redesign anything into something gorgeous. She has a great guide for making a fitted top out of a men’s T-shirt. I’ve done two of these already where I have decorated them by painting colored stripes on the front (one can be seen in the tutorial). But since it’s getting colder and I like my cosy long-sleeved shirts I decided to try to make a color-blocked long sleeved tee. I found a good deal and bought three X-large T-shirts. It would have been nicer (for the environment and my wallet) if I bought them at a second-hand store but I couldn’t find any nice ones so I caved and bought new ones.

I came to realize afterwards that I could have done some steps differently so I’ll try to explain that in the tutorial.

Take me to the Tutorial already! 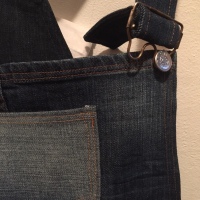